The race for intense sensation (1/2) 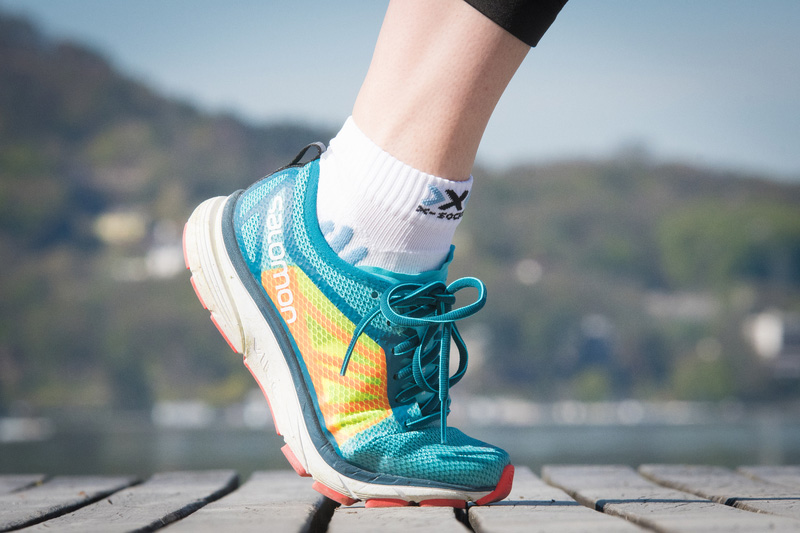 Defining and identifying your sensations

Running is a quest. A quest for kilometres but also for sensation. And it is in this logic that SIDAS has developed its range of SENSE insoles. To give the runner a precise and delicate feeling in the foot, optimal control of its trajectory and complete osmosis between the foot and its playing field.

To develop this range, we thus began with thorough reflection on the ins and outs of the sensation when running. We focused on this concept, which determines our pace and is the Holy Grail for any runner, without any one being able to define it precisely.


"I feel like I’m flying today. My legs are incredible! "My legs are like two pieces of wood this morning, I’m just not moving! »

These are feelings you will have already experienced if you have been pulling on running shoes with any level of regularity. They may even punctuate your runs like choruses. A nagging and often random chorus. Although we don’t really know how to explain it, sometimes everything's fine and other times that euphoric feeling gives way to extreme fatigue. This is what we refer to as sensation, a rather abstract impression that lies somewhere between the head and the legs. A key concept when it comes to achieving our running goals. Whether your goal is performance or pure pleasure.

But what is a sensation, this concept that sets the pace for our daily lives without our actually being able to define it? In the philosophical sense of the term, it is the phenomenon by which physiological stimulation causes a perception. And in a sporting context? What is sensation when it comes to running?

According to Laurent Tacussel, who is responsible for training at SIDAS, "it is feeling the terrain on which we practice, a kind of osmosis with the activity. It is this that will enable us to realise our objective, whether we are seeking performance, pure pleasure or discovery."

Marie Maligorne, head of the sports orthopaedics centre SIDAS, defends a more scientific approach: "With regard to running, sensations refer to all of the information that the thousands of nerve endings on the underside of our feet transmit to us from the ground, before being interpreted by the brain." It should be pointed out that the feet, among the most sensitive parts of the human body, touch the ground on average 26,500 times during the course of a marathon. That's a lot of information to take in! And its not fake news... 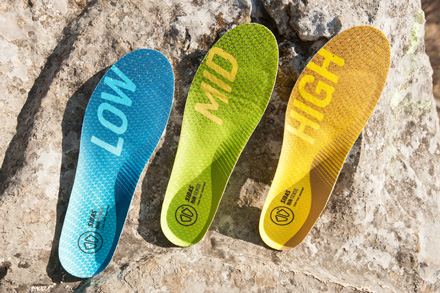 3Feet® SENSE : adapted insoles to your type of foot arch

Laurent Valette, 49, a high-level athlete, a chameleon in the world of endurance sports and a lactic acid adventurer, associates the sensation with a "quest". "An infinite quest". Hence this tendency "to sign up first and think after" when it comes to anything the world considers to be a physical trial that be accompanied by the prefix "ultra". The UTMB and the 'Diagonal des Fous' in Ultra-Trail, the GTJ200 in ultra-cross-country skiing, the Norseman in ultra-triathlon and the Ötillö Race in ultra-swimrun have all been checked off his To-Do list... Why so many extreme races in which you are required to demonstrate superior physical and mental endurance capacities? For it is in this precise moment that one feels most alive: "It is when you flirt with your limits that you feel the most sensation..."

Sensation is thus an elusive concept, felt by all but unique to each individual. Sometimes a quest, sometimes a simple interpretation of information received from the ground below. A paradox, since all seek it without ever being able to identify it precisely.

In practice, when running, there are different types that Laurent Valette lists, with the expert tone of someone who has really lived: "First of all, there's this sensation that everyone runs after, regardless of their level: this general sense of well-being, this taste of satisfaction, this wave of happiness, this sense of accomplishment that you feel after exerting yourself." He then describes "a sensation of discovering the world through sport, of living in spaces that are inaccessible to ordinary tourists and of becoming one with the environment and the local culture." Somewhere between curiosity and serenity.

Finally, like these masters of suspense who prefer to keep the best for last, Laurent Valette reveals that "the most true, the most palpable and the strongest of sensations is that experienced during exertion!" He describes a sinusoidal curve upon which the runner gallops along, alternating between ups and downs: "The sensation when running is a gauge that fluctuates forward and back. And at the extremes of this gauge, you have euphoria on one side and suffering on the other..."

To be continued... READ PART.2